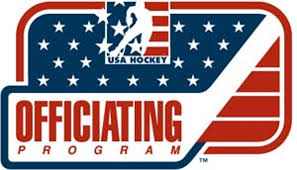 On October 30, 2019, USA Hockey President Jim Smith issued a directive that immediately changed any violation of Playing Rule 601(e)3 to a match penalty. This memo is being sent to all
officials in an effort to clarify some ambiguity with the interpretation of Rule 601(e)3. It is important to start with the history of this playing rule. The rule began in 1997 when the USA
Hockey Board of Directors passed a change to Rule 601 that required the assessment of a game misconduct penalty to any player or team official who directed a racial or ethnic slur at an
opponent or game official.

After 20 seasons, the USA Hockey Board of Directors recognized that the language of Rule 601 was too narrow in scope. While the spirit and intent of the “racial and ethnic slur” rule was meant
to cover all remarks that are demeaning and dehumanizing on a personal level, it was clear that the language of the rule needed to be broadened to accommodate all types of discrimination.
These include (but are not limited to) ethnicity, race, gender, sexual orientation, physical or mental handicaps, social or economic status, etc. Therefore, in 2017 the Board of Directors
passed an amendment to Rule 601(e) to update it to the following:

“(e) A game misconduct penalty shall be assessed to any player or team official who is guilty of
the following actions:
(3) Uses language that is offensive, hateful or discriminatory in nature anywhere in the
rink before, during or after the game.”

When developing the new language of Rule 601(e), it was intentionally broad-based and all-inclusive. However, the risk of using broad language in a playing rule is that it becomes open to
liberal interpretation which might lead to misapplication during games. The first point we must make is “chirping” and “trash-talk” are not a part of the game. Similar to fighting, they are the product of emotional competition and unfortunately will sometimes occur between opponents. However, “trash-talking” is not a skill or a strategy, and no player is entitled
to shout abusive and derogatory remarks toward an opponent or game official. USA Hockey Playing Rule 601 addresses disrespectful behavior and game officials must apply the rule as
directed by the rulebook and its interpretations. With that point in mind, we must clarify that Rule 601(e)3 was never intended to cover derogatory or disrespectful remarks similar to below:

• An opposing player’s or team’s performance during a game:

• A game official’s performance during a game:

In some cases the language and words used in the example above or similar might be foul and offensive, but USAH Rule 601(a), (b), (c) and (d) manage these types of unsportsmanlike
remarks that reflect performance during a game and not the personal traits of the recipient. Rule 601(e)3 specifically addresses discriminatory and hateful remarks that regard the personal
traits of a human being (race, ethnicity, gender, etc.). These types of comments are personally offensive, dehumanizing and often have a lasting impact on the mental well-being of the recipient
or someone in the vicinity of the offending participant when the comment is made. Given the fact that Rule 601(e)3 has now been elevated to a match penalty, which requires immediate suspension from all USA Hockey activity (games, practices, team meetings, etc.) pending a hearing by the local Affiliate disciplinary board or junior league, it is imperative that game officials apply the correct playing rule to the circumstances.

Due to the wide range of personal traits of all humans, it would be impossible to develop a list of words, comments or topics that are unacceptable. In short, there is no simple formula to
determine what exactly deserves a match penalty. Therefore, it is the responsibility of the game officials to use sound judgment and weigh comments to determine what is poor sportsmanship
and penalized under 601 (a-d) vs. what is discriminatory language that falls under 601(e)3. If a match penalty is assessed, the game officials must report the penalty through the USA
Hockey online game reporting system within a reasonable time frame (48 hours), and the comment must be included verbatim in the comments section of the game report.

If an unacceptable comment is reported to the game officials by a player, coach or off-ice official, but is not heard by an on-ice official, the penalty cannot be assessed. However, the game officials
must warn the offending team and submit the incident through the USA Hockey game reporting system (entering “other incident report” for penalty assessed and rule reference). This ensures all
local Affiliates are getting reports regarding the behavior of their teams. Again, the exact comment that was reported to the game official must be included in the report.

If you have any questions regarding USA Hockey Rule 601(e)3 or the guidance of this memo, please feel free to reach out to your District Referee-in-Chief, their support staff or contact the
USA Hockey national office.

Thank you for your dedication to our game, and best wishes for a safe and successful season.